1) Who was elected as the fifth general secretary of the Communist Party of India (Marxist) on 19 April 2015?
(A) Pinarayi Vijayan
(B) Prakash Karat
(C) S Ramachandran Pillai
(D) Sitaram Yechury 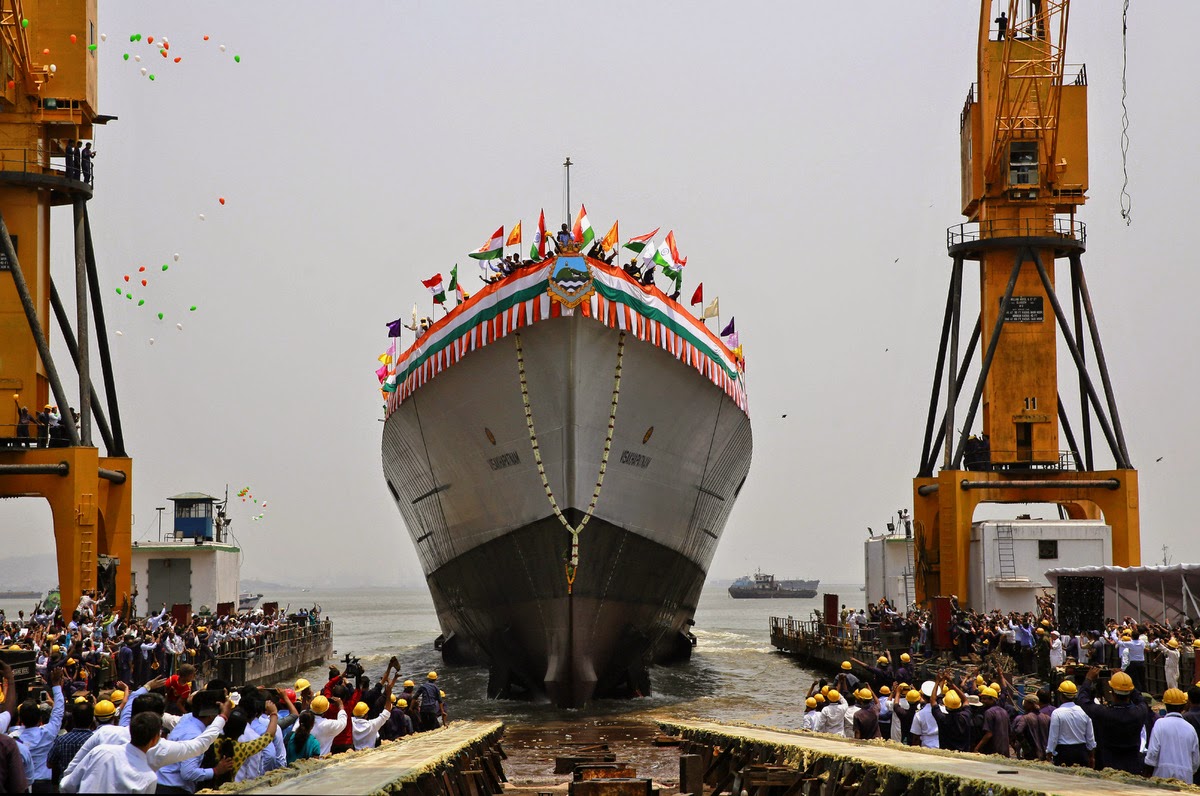 9) Who was on 20 April 2015, appointed as chief advisor of the Board of Control for Cricket in India’s Anti Corruption & Security Unit (ACSU)?
(A) Vivek Murthy
(B) Karun Sebastain
(C) Vikrant Raju
(D) Neeraj Kumar

3) Raja Rajeswari is New York's first Indian-American woman judge:
--> Chennai-born Raja Rajeswari has been sworn-in as a criminal court judge in New York by Mayor Bill de Blasio, becoming the first India-born woman to be appointed a judge in New York City.
--> Ms. Rajeswari took the oath of office at a ceremony in New York City along with 27 other judges appointed earlier this month to the Family Court, Criminal Court, and Civil Court, which are part of the New York State Unified Court System.
--> The mayor appoints judges to 10-year terms in the New York City Criminal Court and the Family Court within the city. 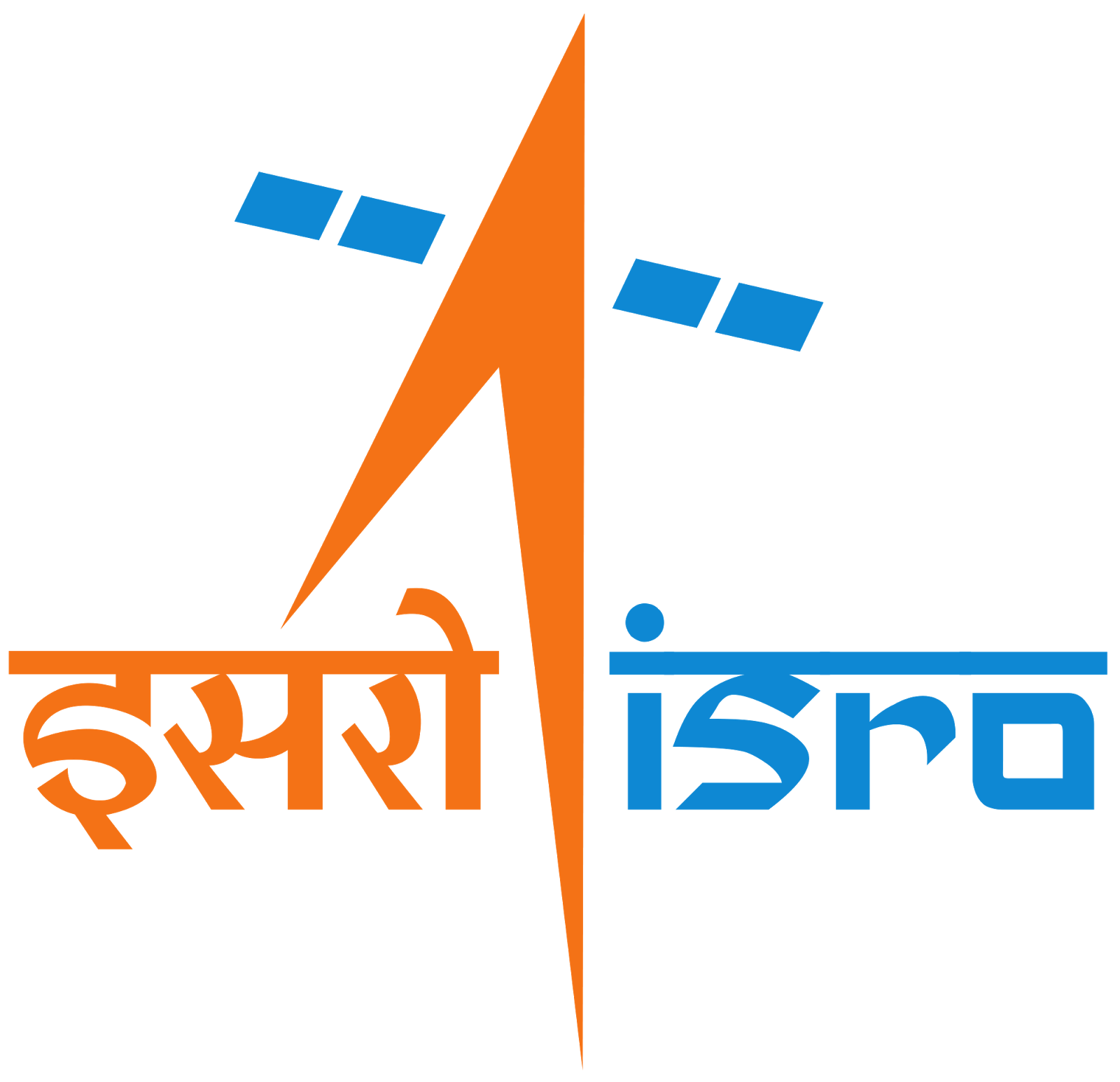 5) Novelist Siddhartha Gigoo won Commonwealth Short Story Prize:
--> Srinagar-born novelist Siddhartha Gigoo has won the 2015 Commonwealth Short Story Prize for Asia region for "Umbrella Man", a tale of surreal meditation on mental health and the environment, organisers said.
--> Born in Srinagar in 1974, Gigoo's first novel "The Garden of Solitude" was first published in 2011. He has also written two poetry books, "Fall and Other Poems" (1994) and "Reflections" (1995).

6) Narendra Modi the 3rd most followed world leader on Twitter:
--> US President Barack Obama is still by far the most followed world leader on Twitter, but Pope Francis is considered the most influential by the number of his messages retweeted.
--> The annual Twiplomacy analysis of Twitter accounts released Tuesday by PR firm Burson-Marsteller shows nearly 57 million people following Obama.
--> Indian Prime Minister Narendra Modi had nearly 11 million followers (3rd most followed).

1) The book titled ‘Forge Your Future’ has been authored by? - Dr. A.P.J. Abdul Kalam 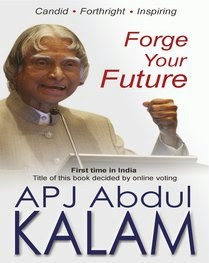 2) The preamble to our Constitution proclaims that ‘We the people of India have established? - A Sovereign, Socialistic, Secular, Democratic, Republic

3) Which gas reacts with hydrocarbon to create smog? - Nitrogen dioxide

5) Which principle states that when a body is partially or totally immersed in a fluid, it experiences an upward thrust equal to the weight of the fluid displaced by it? - Archimedes

6) The liquid drops or gas bubbles are always spherical due to? - Surface tension

7) Arakan Yoma is the extension of the Himalayas located in? - Myanmar

8) After the transfer of power to British crown, who was appointed the first Viceroy of India? - Lord Curzon

9) Who is the author of the book ‘Imaging India’? - Nandan Nilekani

10) Ebola Virus Disease (EVD) is a severe human disease and has been declared as ‘Global Health Emergency’ by WHO. Ebola virus takes its name from a? - River in democratic republic in congo
Posted by Admin No comments: Links to this post

1) Afghan President arrived in India on 3-day visit:
--> Ashraf Ghani arrived in India on his first state visit to India, seven months after took over as Afghanistan President.
--> After he assumed his office he visited China and Pakistan.
--> He has already met Modi during the SAARC summit in Kathmandu in November 2014.

2) ISIS chief Abu Bakr al-Baghdadi dead:
--> Radio Iran has claimed that ISIS chief Abu Bakr al-Baghdadi has died.
--> Al-Baghdadi, believed to be in his 40s, had a $10 million US bounty on his head.
--> Since taking the reins of the Islamic State in 2010, he had transformed it from a local branch of al-Qaida into an independent transnational military force, positioning himself as perhaps the pre-eminent figure in the global jihadist community.

3) Capgemini acquires IGATE for $4 bn:
--> The Paris-headquartered Capgemini has announced the acquisition of New Jersey-based IGATE, which has operations in India, for $4 billion in cash.
--> The deal, one of the largest in the Indian information technology sector, will see the exit of IGATE co-founders Ashok Trivedi and Sunil Wadhwani, along with private equity firm Apax Partners.

4) Badminton player Lee Chong Wei gets backdated doping ban:
--> Malaysian shuttler Lee Chong Wei was handed a backdated eight-month ban for doping by the Badminton World Federation on 27 April 2015.
--> The 32-year-old Malaysian, twice an Olympic silver medallist, had been under a provisional suspension since November after testing positive for anti-inflammatory drug dexamethasone during the world championships three months earlier.

5) Loretta Lynch sworn-in as the Attorney General of US:
--> Loretta Lynch was sworn in on 27 April 2015 as the 83rd Attorney-General, becoming the first African-American woman to serve as the top U.S. law enforcement official.
--> Vice-President Joe Biden administered the oath of office to Ms. Lynch (55) at a Justice Department ceremony.
--> Ms. Lynch replaces Eric Holder, who left the job after six years as head of the department.

6) Sudan President Omar al-Bashir re-elected:
--> Sudan’s President Omar al-Bashir has won Presidential re-election by securing 94 per cent of the vote.
--> With this win he will have additional term of five years in office which will extend his current 25-year rule.
--> He is in power since 1989.
--> In this election Omar’s National Congress Party (NCP) also won 323 of 426 parliamentary seats.

7) INS Tarangini departed for “Lokayan-2015”:
--> INS Tarangini the Sail Training Ship of Indian Navy left from Kochi on an eight month voyage through Europe to participate in the annual Tall Ship Races and other events organised under the aegis of Sail Training International.
--> This year’s Tall Ship Races will be conducted primarily off the coast of United Kingdom, Norway, Denmark, Germany and Netherlands.
--> INS Tarangini, a three masted barque,built in Goa Shipyard Ltd and commissioned on 11 Nov 1997, is manned by 06 officers, 40 sailors and 30 trainees.
--> The theme for LOKAYAN -15 has been chosen as “TACKING FOR A BROADER REACH”.

8) India crowned champions at President's Cup Boxing Tournament:
--> Rakesh Kumar (69kg) and Harpal Singh (75kg) struck gold as India were crowned champions for the first time in the 22nd President's Cup Boxing Tournament in Palembang, Indonesia.
--> The Indian team logged 33 points to finish ahead of second-placed Mongolia after Rakesh and Harpal's gold medals took the country's total tally to four gold and a bronze at the end of the event.

9) China`s Lin Dan won men`s title at Asia Championships:
--> China`s Lin Dan won the men`s singles at the Badminton Asia Championships in China on 26 April 2015, defending his title won last year in South Korea and adding another crown to an illustrious career.
--> Lin, the No. 2 seed, defeated compatriot Tian Houwei 21-19, 21-8 in a match that lasted 50 minutes in the central city of Wuhan.
--> In women`s singles, seventh seed Ratchanok Intanon of Thailand came from behind to upset top seed Li Xuerui of China 20-22, 23-21, 21-12 in a match that lasted 76 minutes.
Posted by Admin No comments: Links to this post

4) Which Bollywood classic film was on 18 April 2015 released in Pakistan after 40 years of its release in India?
(A) Sholay
(B) Dilwale Dulhania le Jayenge
(C) Chandi Chauk
(D) Dastan

5) Aroon Purie, who was recently chosen as the 'Editor of the Year' is the Editor-in-Chief of which group?
(A) The Hindu
(B) Times of India
(C) India Today
(D) NDTV

6) 'Godse' is no longer unparliamentary except in reference to 'Nathuram Godse', Lok Sabha Speaker Sumitra Mahajan has ruled recently. In which year Parliament had banned the use of the word?
(A) 1950
(B) 1976
(C) 1956
(D) None of these

8) Venkadarath Saritha was recently appointed as the first female driver by Transport Corporation of which state?
(A) Kerala
(B) Bihar
(C) Tamil Nadu
(D) Delhi

Question Paper 4 - General Knowledge
Posted by Admin No comments: Links to this post

1) Pakistan and which country have recently agreed to hold first-ever joint military exercises as part of their enhanced defence cooperation?
(A) China
(B) USA
(C) Russia
(D) India 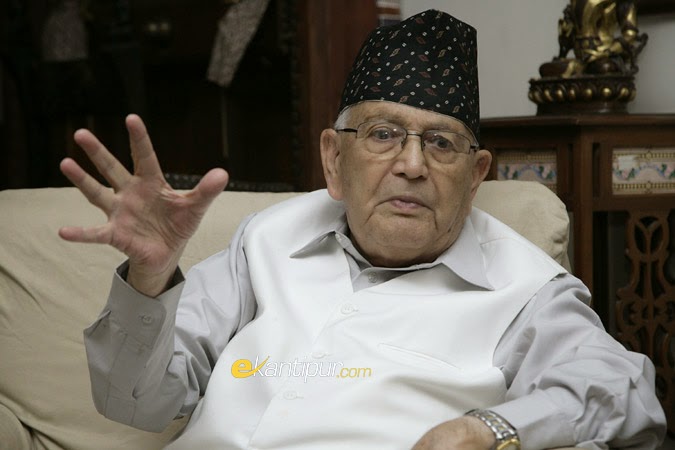 2) Surya Bahadur Thapa who passed away recently was the former Prime Minister of which country?
(A) Nepal
(B) Bhutan
(C) Sri Lanka
(D) Singapore

3) Who was appointed the Leader of Opposition in Delhi Assembly on 16 April 2015?
(A) Jagdish Pradhan
(B) Vijender Gupta
(C) Om Prakash Sharm
(D) None of these

7) Oil India, the nation's second largest state-owned oil explorer, on 17 April 2015 announced that it has commissioned a 54 MW wind energy project in which two states?
(A) Andhra Pradesh and Telengana
(B) Kerala and TamilNadu
(C) Gujarat and Madhya Pradesh
(D) Punjab and Haryana

8) Supreme Court on 17 April 2015 appointed whom to head a new investigating team to further probe the IPL-6 spot-fixing and betting scandal?
(A) Vivek Murthy
(B) Vivek Priyadarshi
(C) Ranjib Biswal
(D) None of these