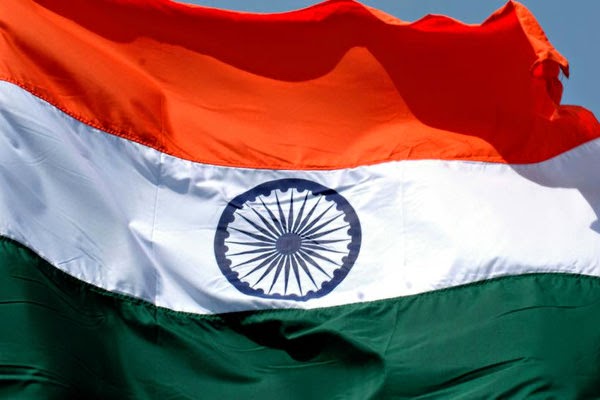 1) Which is the only licensed flag production unit in India? - Karnataka Khadi Gramodyoga Samyukta Sangha in Hubli

2) Who is the founder of Banaras Hindu University (BHU) at Varanasi in 1916? - Pandit Madan Mohan Malviya

4) Line demarcating the boundary between India and China is? - McMohan Line

5) The Civil Disobedience Movement was launched by Mahatma Gandhi in? - 1930

6) The most famous centre of learning during Maurya period was? - Taxila

7) Who is regarded as the 'Mother of the Indian Revolutionaries'? - Bhikaiji Cama

10) In November 1830 who traveled to the United Kingdom as an ambassador of the Mughal emperor to plead for his pension and allowances? - Raja Ram Mohan Roy
Posted by Admin No comments: Links to this post

3) For the first time, which among the following secretary has been recently made a member of the Space Commission?
(A) Finance Secretary
(B) Home Secretary
(C) Defence Secretary
(D) Foreign Secretary

5) Which mobile company has recently partnered with UNICEF to provide health, education and youth-focussed content to its customers in 17 African countries?
(A) Reliance
(B) Airtel
(C) Idea
(D) Vodafone 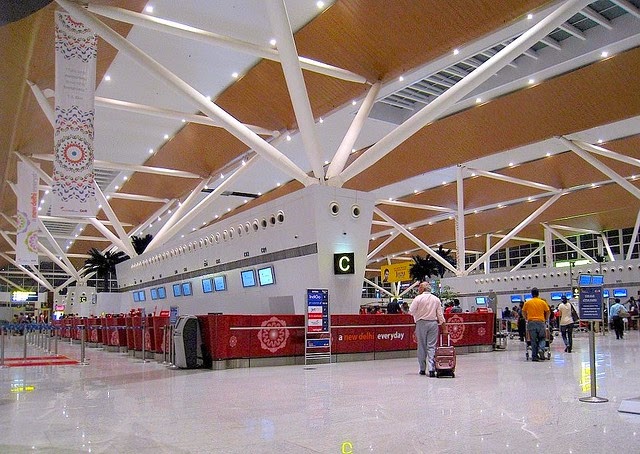 1) India on 16 February 2015 inked a civil nuclear cooperation agreement with which among the following countries?
(A) Srilanka
(B) Brazil
(C) Nepal
(D) Cuba 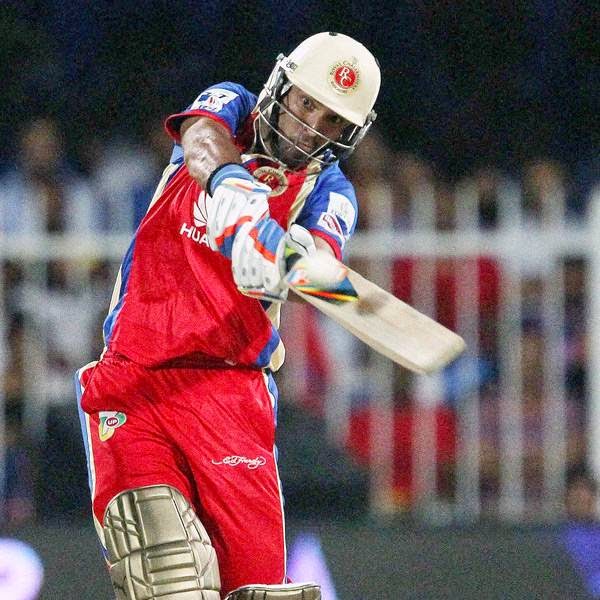 2) Yuvraj Singh was bought by which franchise for a whopping sum of Rs 16 crores in the IPL 2015 auction held on 16 February 2015?
(A) Kings XI Punjab
(B) Bangalore Royal Challengers
(C) Delhi Daredevils
(D) Rajasthan Royals

4) Which company on 16 February 2015, announced that it had signed a definitive agreement to fully acquire U.S.-based automation technology provider Panaya for an enterprise value of $200 million?
(A) Wipro
(B) TCS
(C) IBM
(D) Infosys

5) India-born Punit Renjen was on 16 February 2015 appointed the next chief executive of which US-based accounting giant, becoming the first person of Indian-origin to head a 'Big-Four' audit firm?
(A) McGladrey
(B) PwC
(C) Ernst & Young
(D) Deloitte

6) India has ceremonially handed over to which country a vintage Dakota aircraft, which played a crucial role in the 1971 Bangladesh liberation war?
(A) Maldives
(B) Nepal
(C) Thailand
(D) Bangladesh

9) Kolinda Grabar-Kitarovic was recently sworn in as the first female president of?
(A) Uruguay
(B) Poland
(C) Greece
(D) Croatia

1) MoU signed between Indian Army and State Bank of India:
--> A Memorandum of Understanding (MoU) was signed between the Indian Army and State Bank of India (SBI) on the Defence Salary Package on 23 Feb 2015.
--> The first MoU between SBI and the Indian Army was signed in 2011 and was valid for a period of three years.
--> The basic features of the MoU include a number of free / concessional services like free drafts, free cheque books, free funds transfers to any bank in India through RTGS / NEFT, free ATM cards etc.
-->  The revised MoU will benefit almost 19.5 lakh pensioners and 10 lakh serving personnel who hold Pay or Pension accounts with SBI.

2) TRAI removed interconnection usage charges (IUC):
--> Telecom regulator TRAI on 23 February 2015 removed charges that a landline service provider has to pay to the other service providers for transmitting its customers' phone calls -a move that is likely to lead to lower tariffs.
--> Now, calls made from landline-to-landline or landline-to- mobiles will not include the interconnection charge, which was 20 paise.
--> Trai has also reduced network interconnection usage charges (IUC) on calls made from mobile phones by about 30 per cent to 14 paise per call from 20 paise earlier.

4) Tamil director RC Sakthi passed away:
--> Popular Tamil director R.C Sakthi, who launched Kamal Haasan in a lead role, breathed his last at a private hospital in Chennai on 23 Feb 2015.
--> Sakthi started his career as a theatre artist. He floated a theatre troupe with his friends and went on to act in a few plays before moving to cinema.
--> His last directorial venture was in 1993 - the Tamil film “Pathini Penna" - which fetched him two State awards for best film and best dialogue writer.

5) Ram Niwas Goel elected Speaker of Delhi Assembly:
--> AAP MLA Ram Niwas Goel was on 23 February 2015 unanimously elected Speaker of the Delhi Assembly on the first day of the two-day session of the House.
--> Another ruling party legislator, Bandana Kumari, was elected Deputy Speaker of the House where the main and only opposition, BJP, has a negligible presence with just three legislators.
--> 67-year-old Goel was elected from Shahdara constituency in north Delhi.

6) National sports awards scheme revamped:
--> Union Ministry of Youth Affairs and Sports has amended National Sports Awards Schemes.
--> The amended schemes include Rajiv Gandhi Khel Ratna Award, Arjuna Award, Dhyan Chand Award and Dronacharya Awards.
--> According to the new provisions, the selection committee for the Arjuna Award will be headed by a retired Supreme Court or High Court judge, and not more than one sportsperson/coach from a particular discipline shall be a member of the panel to avoid any bias towards any particular discipline.
--> A sportsperson of eminence/sports administrator/sports expert belonging to para sports will now be a member of the Arjuna Award selection panel.
--> These amendments were based upon several suggestions made by selection committee for Arjuna Awards headed by Kapil Dev.

7) 87th Academy Awards/ Oscars 2015 presented:
--> The 87th Academy Awards ceremony, presented by the Academy of Motion Picture Arts and Sciences (AMPAS) was held at the Dolby Theatre in Hollywood, Los Angeles.
--> The Academy Awards (commonly referred as Oscars) were presented in twenty four categories.
--> ‘Birdman’, a dark comedy about a former superstar struggling to revive his Broadway career, shone at the 2015 Oscars.
--> Click Here for complete list of winners.

8) Himachal Pradesh to present India's first paperless budget:
--> Himachal Pradesh is set to become the country's first state to present a 'paperless' budget on March 11.
--> Since the state already has the country's first green assembly, all documents related to budget estimates would be made available online and only around 10 budget copies would be printed for record.
--> Running the proceedings on e-Vidhan would save the state exchequer Rs 15 crore annually.
--> Chief minister Virbhadra Singh had inaugurated e-Vidhan on August 4, 2014. 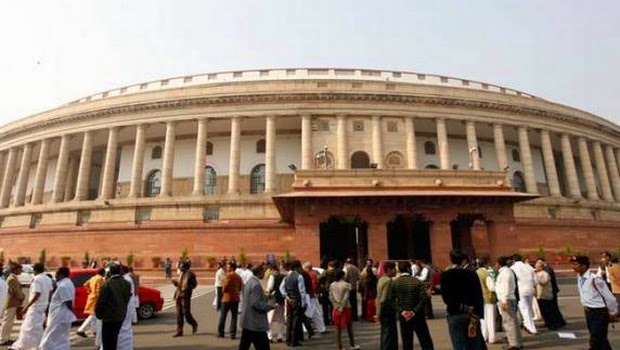 10) Budget Session of Parliament began:
--> Budget Session began on 23 February 2015 with President Pranab Mukherjee's address to members of both houses of Parliament.
--> In his address, President Mukherjee said 'Sab ka Saath, Sab ka Vikas' is the government's fundamental view.
--> He appealed to all the Members of the Parliament to spend 50 percent of MPLAD fund on the 'Swachh Bharat' mission.
--> The first part of the Budget Session will continue till March 20 while the second part will commence after a month-long break from April 20 and conclude on May 8.
--> The Rail Budget will be presented on February 26, Economic Survey on February 27 and General Budget on February 28.

11) State-run banks to be closed on alternate Saturdays:
--> Public sector banks, including the country's biggest lender State Bank of India, will remain shut on alternate Saturdays, according to a deal reached between employee unions and the Indian Banks' Association, which represents lenders.
--> Employee unions were demanding a five-day week, but an agreement was reached on keeping alternate Saturdays off.
--> An agreement was also reached to hike wages of over 7 lakh public sector bank employees by 15 per cent. The wage hike will be applicable from November 2012 and will be valid for five years.
Posted by Admin No comments: Links to this post 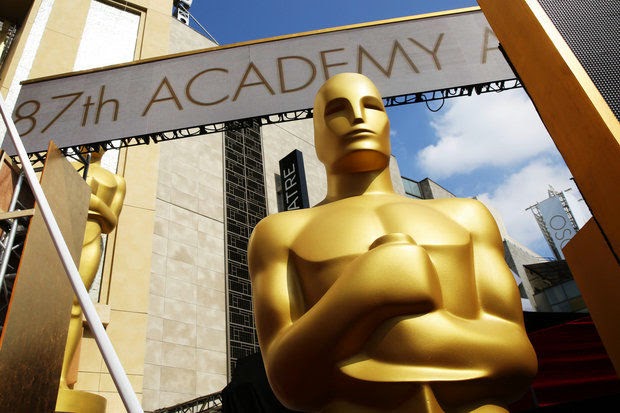 Actor in a Leading Role: Eddie Redmayne, The Theory of Everything

1) Ranchi Rays won Hockey India League 2015:
--> Debutants Ranchi Rays won the third edition of the Hockey India League (HIL) defeating Punjab Warriors 3-2 in a penalty shootout in the final at the Major Dhyan Chand National Stadium on  February
--> The regulation time score read 2-2 which resulted in the shootout.
--> Though the Rays are a new team, the squad is more or less the same as that of the now non-existent Ranchi Rhinos which won the inaugural HIL in 2013.

2) Nitish Kumar sworn in as Bihar CM:
--> Nitish Kumar took oath as Bihar's CM for the fourth time on 22 February 2015.
-->  This follows the dramatic resignation of rebel JD(U) leader Jitan Ram Manjhi last week before the show of strength in the 243-member Bihar assembly.
--> He was administered the oath of office and secrecy at the Raj Bhawan in Patna by governor Keshari Nath Tripathi. 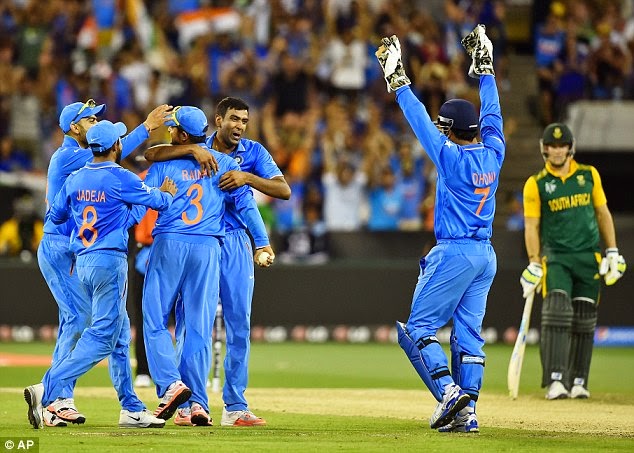 4) India defeated South Africa by 137 runs in World Cup group match:
--> India announced themselves as genuine contenders to defend their World Cup title on 22 February 2015 by humbling South Africa's vaunted pace attack before bowling out the Proteas for an emphatic 130-run victory at the Melbourne Cricket Ground.
--> In front of a heaving crowd of 86,000, opener Shikhar Dhawan struck a sparkling 137 and Ajinkya Rahane an explosive 79 to fire India to a mammoth 307-7 and ensure their opponents would need a record chase at the stadium to win.
--> Shikhar Dhawan was adjudged Man of the Match.

5) India, Indonesian troops conduct joint training exercises named GARUDA SHAKTI-III:
--> Sharing experiences in conduct of counter-terrorism and insurgency operations, troops of India and Indonesia participated in joint army exercises in Mizoram.
--> The exercise was aimed at building and promoting positive military-to-military relations between the armies of the two nations, defence officials said.
--> Exercise 'GARUDA SHAKTI-III' is the third one in the ongoing series of joint exercises between armies of India and Indonesia.

7) In a first, women joined Sarang team:
--> For the first time, two women are part of the Sarang team of the Indian Air Force, a show-stopping helicopter-formation team that performed at the Aero India show.
--> Squadron Leader Deepika Misra and Flight Lieutenant Sandeep Singh, an engineering officer, hope that one day, there will be an all-woman quartet in the squad, whose name means peacock.

8) Maldives ex-leader Nasheed arrested on terror charges:
--> Police in the Maldives have arrested opposition leader and ex-President Mohamed Nasheed on terror charges.
--> The case against him was dropped last week, but the allegations have been reintroduced under anti-terror laws that punish acts against the state.
--> Mr Nasheed - a former human rights campaigner was president of Maldives from from 2008 to 2012.

10) Indian-American, Purnendu Dasgupta, won prestigious chemistry award:
--> An Indian-American, who developed an environment friendly field analyser for checking toxic arsenic levels in water, has been awarded a prestigious award for his special contribution in the field of chemistry.
--> Purnendu Dasgupta, a Jenkins Garrett professor of chemistry at The University of Texas at Arlington, has been awarded the 2015 American Chemical Society Division of Analytical Chemistry J. Calvin Giddings Award.
Posted by Admin No comments: Links to this post