1) Reserve Bank of India (RBI) on 24 January 2015 has lifted ban on carrying Indian bank notes of Rs 1,000 and 500 denominations to and from which countries?
(A) Nepal and Bhutan
(B) Pakistan and Bangladesh
(C) China and Srilanka
(D) Myanmar and Thailand 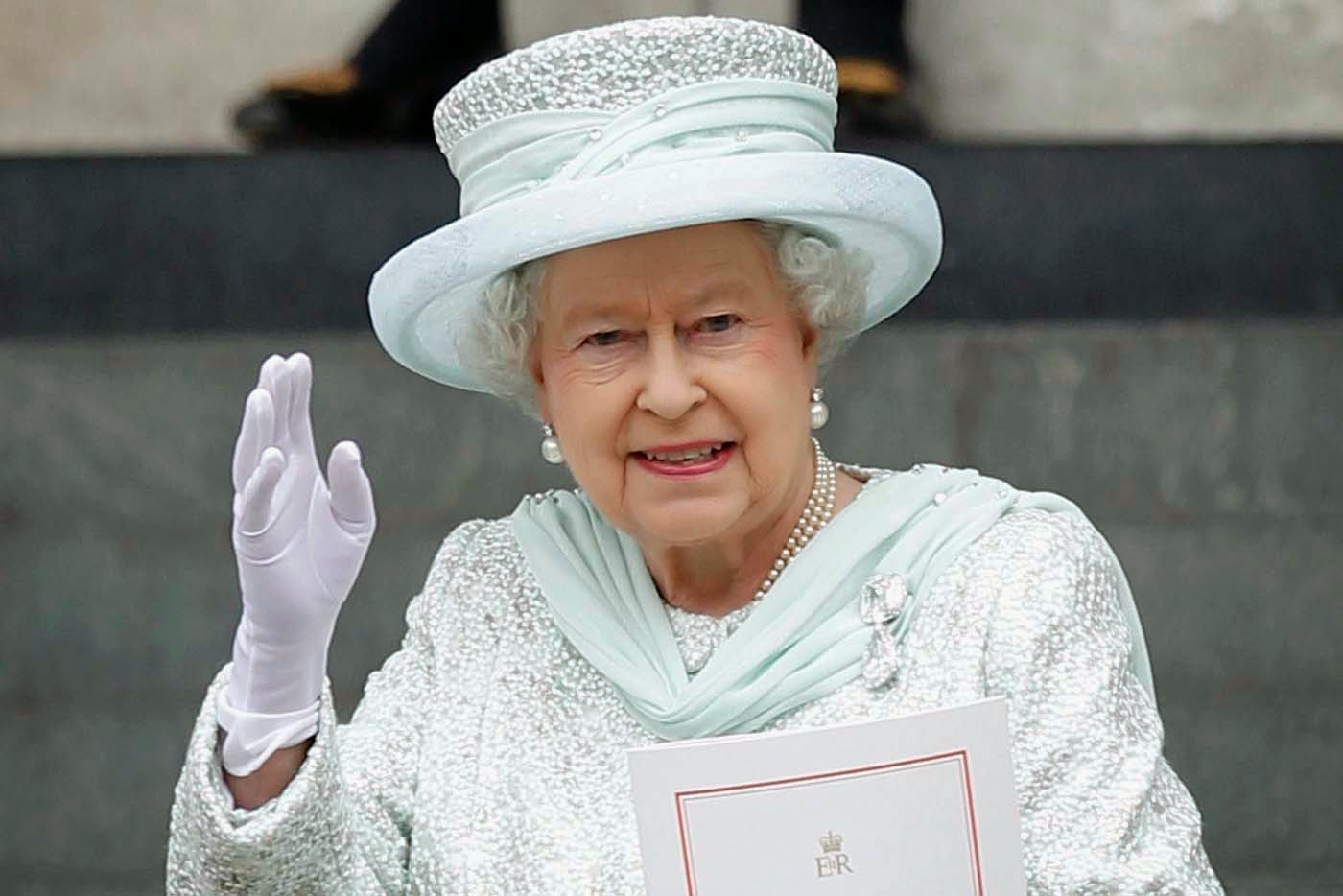 5) Who will inaugurate the 35th National Games, to be hosted by Kerala from January 31 to February 14, as announced recently?
(A) Pranab Mukherjee
(B) Arun Jaitley
(C) Venkaiah Naidu
(D) Narendra Modi

9) National Voters’ Day (NVD) was observed on 25th January 2015. What was the theme for the day this year?
(A) Ethical Voting
(B) Inclusion
(C) Greater Participation for a Stronger Democracy
(D) Easy Registration, Easy Correction

2) DP Sinha appointed security secretary: The government on 26 January 2015 appointed special director with Intelligence Bureau, Divya Prakash Sinha, as secretary (security) in the Cabinet secretariat. The post had been lying vacant since November 2013 when Yashovardhan Azad, holding the post then, was appointed information commissioner by the government.

3) Eminent cartoonist R K Laxman died: R K Laxman, the country's best-known cartoonist, passed away on 26 January 2015, at the Dinanath Mangeshkar hospital in Pune, where he was on life support for the past few days. He was 93. Born in 1921 in Mysore, Laxman had no formal training in cartooning but the work he put out over decades was sheer genius. He began by drawing for local papers, and illustrating the stories of his famous elder brother, novelist R K Narayan, while still at college. The recipient of numerous awards, among them the Padma Bhushan, Padma Vibhushan and Magsaysay Award, Laxman's fan base ran into millions. He is best known for creation of iconic character ‘The Common Man’, for his daily cartoon strip, ‘You Said It’ in The Times of India(TOI) started in 1951.

4) Durga Prasad appointed special DG of CRPF:  Government on 24 January 2015 appointed K Durga Prasad, previously sacked as the director of the Special Protection Group, as the special director general of the Central Reserve Police Force (CRPF). Prasad, a 1981 batch IPS officer of Andhra Pradesh cadre, was unceremoniously removed as chief of the SPG — which provides security to the prime minister, former prime ministers and their family members — during Prime Minister Narendra Modi’s trip to Nepal to attend the Saarc summit. 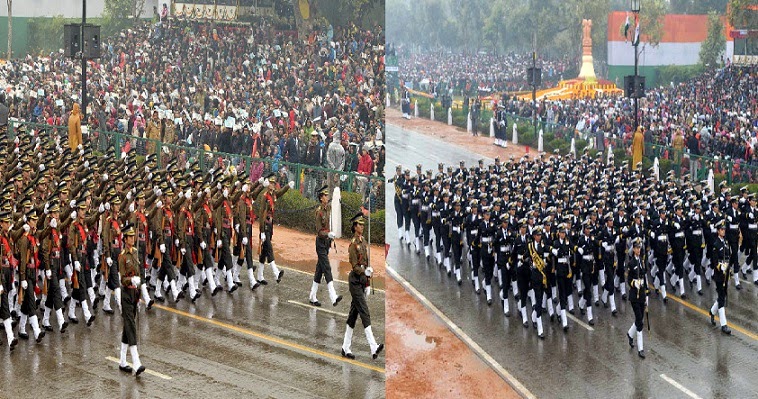 2) Which is the only ocean to be named after a country? - Indian Ocean

4) Electron is discovered by? - J.J Thomson

5) The resolution of Swadeshi was adopted in which session of Congress? - Calcutta session of 1906

7) Dilwara Temple is situated at? - Rajasthan

10) Who was the first cricket player to take ten wickets in one innings of a Test Cricket Match? - Jim Lecker
Posted by Admin No comments: Links to this post

1) LK Advani, Amitabh Bachchan, Dilip Kumar among Padma Vibhushan awardees: Former Deputy Prime Minister and BJP veteran L K Advani, film stars Amitabh Bachchan and Dilip Kumar and Punjab Chief Minister Parkash Singh Badal are among the nine personalities who have been selected for Padma Vibhushan this year. Twenty personalities including Constitutional expert Subhash Kashyap, lawyer Harish Salve, Microsoft Chief Bill Gates and his wife Melinda, journalists Rajat Sharma and Swapan Dasgupta will be conferred with Padma Bhushan. Film maker Sanjay Leela Bhansali is among the 75 personalities who have been selected for Padma Shri. The Awards are given in various disciplines including art, social work, public affairs, science and engineering, trade and industry, medicine, literature and education, and sports, every year on the occasion of Republic Day. 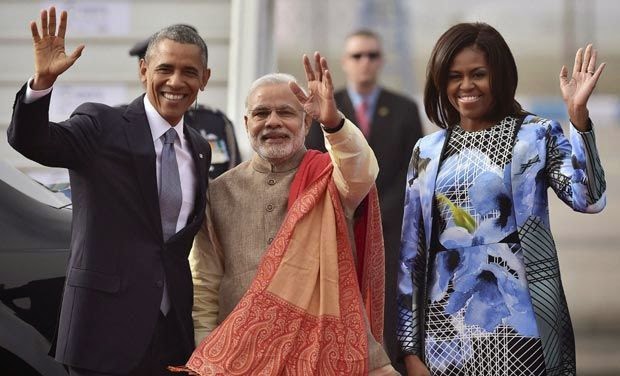 3) PM Modi congratulated bankers for Jan Dhan Yojana’s success: Prime Minister, Narendra Modi, has sent an email to all bankers, congratulating them on the success of the Pradhan Mantri Jan Dhan Yojana. In the email, the Prime Minister said that the target set for opening bank accounts has surpassed well ahead of the target date of 26th of January this year. He said, by opening 11.5 crore new accounts in a very short span, the country achieved a coverage of 99.74 per cent of all households in the country. The Prime Minister said there is need to redouble efforts on financial literacy and linking of Aadhaar needs to improve further.

4) For the first time, woman officer leads Guard of Honour at Rashtrapati Bhavan: Wing Commander Pooja Thakur became the first woman to lead the ceremonial Guard of Honour which was inspected by the U.S. President Barack Obama at Rashtrapti Bhavan on 25 January 2015. Wing Commander Thakur belongs to the administrative branch of the Indian Air Force and is currently posted at ‘Disha’, the publicity cell under the Directorate of Personnel Officers at the Air Force Headquarters. She hails from Rajasthan and is active in para-jumping and adventure sports.

5) Zambia's new president Edgar Lungu sworn into office: Zambia's new President Edgar Lungu was sworn in on 25 January 2015 to become the country's sixth president after narrowly winning a vote rejected by the opposition. Lungu placed his hand on a bible to pledge allegiance to the people of Zambia in front of thousands of jubilant supporters, regional heads of state and diplomats.

7) National Voters Day observed: Fifth National Voters’ Day (NVD) was observed on 25 January 2015. Theme of this year was Easy Registration, Easy Correction. On this occasion, awards for best electoral practices are given to Chief Electoral Officers and District Election Officers. Media houses and civil society organisations are also given awards for best campaign in Voters’ Education and Awareness.

8) US, India signed pact for developing smart cities in Ajmer, Allahabad & Visakhapatnam: India on 25 January 2015 signed three agreements with the US for developing smart cities in Ajmer, Allahabad and Visakhapatnam, with the government saying that the agreements would make significant contribution to building such cities in the country. The agreements were signed by the United States Trade and Development Agency (USTDA) with state governments of Uttar Pradesh, Rajasthan and Andhra Pradesh in the presence of Union Urban Development Minister M Venkaiah Naidu.

10) India and US announced nuclear 'breakthrough' after Modi-Obama talks: India and the United States reached an agreement on 25 January 2015 to break a deadlock that has been stalling the implementation of a landmark civilian nuclear deal between the world’s two largest democracies. Prime Minister Narendra Modi said India was moving towards commercial cooperation on civil nuclear trade with the United States, six years after the two sides signed the deal.
Posted by Admin No comments: Links to this post

2) Who among the following has defeated four-time champion Roger Federer in the third round of Australian Open 2015 on 23 January 2015?
(A) Mikhail Youzhny
(B) Simone Bolelli
(C) Andrey Kuznetsov
(D) Andreas Seppi

3) Actor and comedian M.S. Narayana who passed away on 23 Jnauary 2015 was famous in which film industry?
(A) Telugu
(B) Tamil
(C) Malayalam
(D) Kannada

5) Which regulatory body on 23 January 2015 has asked commercial banks to display loan interest rates on their websites, a move aimed at enhancing transparency for borrowers?
(A) TRAI
(B) RBI
(C) IRDA
(D) PFRDA

6) Which IIT in Indian has recently developed a 10-inch netbook, which it claims could be the world's cheapest, at around Rs 6,000?
(A) IIT Bombay
(B) IIT Madras
(C) IIT Delhi
(D) IIT Kanpur 8) Yingluck Shinawatra who was on 23 January 2015 impeached by military-appointed legislature, for her role in overseeing a government rice subsidy program that lost billions of dollars, was the former Prime Minsiter of?
(A) South Korea
(B) Bhutan
(C) Nepal
(D) Thailand

3) Union Minister Venkaiah Naidu to inaugurate 35th National Games in Kerala: The 35th National Games, to be hosted by Kerala from January 31 to February 14, will be inaugurated by Union Minister for Urban Development and Parliamentary Affairs Venkaiah Naidu. The opening ceremony will be held at the newly-built Greenfield Stadium at Karyavattom on the evening of January 31. Cricket maestro Sachin Tendulkar, the Goodwill Ambassador of the event, will handover the games flame to sprint queen PT Usha and international long-jumper Anju Bobby George, beginning the much-awaited gala.

8) Arundhathi Subramaniam  won inaugural Khushwant Singh Memorial Prize: Poet Arundhathi Subramaniam on 24 January 2015 won the inaugural Khushwant Singh Memorial Prize for Poetry for her work When God is a Traveller. The winner was announced at a prize ceremony at the ZEE Jaipur Literature Festival, attended by over 2,500 poetry lovers.

9) Queen Elizabeth is world's oldest monarch after death of Saudi king: The death of King Abdullah of Saudi Arabia , at age 90, leaves British Queen Elizabeth II as the oldest living reigning monarch in the world. The queen is 88, and will turn 89 on April 21, although her birthday is typically celebrated in June when the weather is better.

10) RBI lifted ban on carrying 1000, 500 bank notes via Bhutan, Nepal: Reserve Bank of India (RBI) has lifted a ban on carrying Indian bank notes of Rs 1,000 and 500 denominations to and from Nepal, Bhutan. In this regard RBI has issued a circular that eased the restriction on export and import of bank notes of 1,000 and 500 denominations for Nepal and Bhutan. However, RBI has put a limit of carrying such notes at Rs 25,000 per person. Earlier in May 2000, RBI had imposed ban following the request of Union government to curb smuggling of counterfeit currency. It will provide a great relief to workers from both nations as well as Indian tourists travelling to Nepal and Bhutan.
Posted by Admin No comments: Links to this post 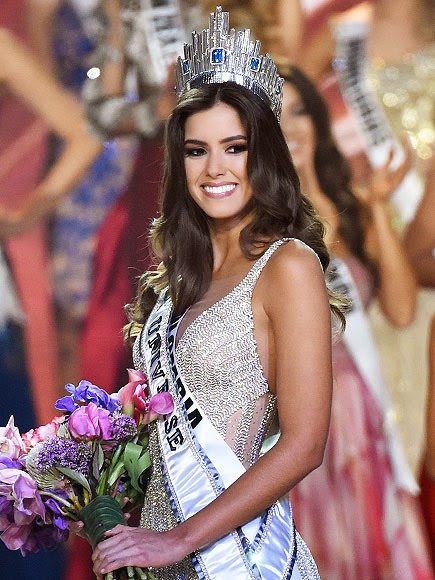 * Colombia’s Paulina Vega was crowned Miss Universe on 26 January 2015, beating out contenders from the United States, Ukraine, Jamaica and The Netherlands at the world’s top beauty pageant in Florida.

* The 22-year-old model and business student triumphed over 87 other women from around the world, and is only the second beauty queen from Colombia to take home the prize.

* The last time Colombia won the crown was in 1956 when Luz Marina Zuluaga took home the title.

* The 63rd edition of the Miss Universe pageant was held at Florida International University in the city of Doral, USA.

* The event is actually the 2014 Miss Universe pageant. The competition was pushed back until now to try to get a bigger television audience.
Posted by Admin No comments: Links to this post

Central Government on 25 January 2015 on the occasion of 66th Republic Day has announced the Padma Awardees for 2015. 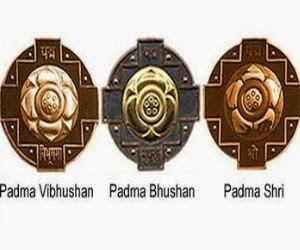 * Padma Awards - one of the highest civilian Awards of the country, are conferred in three categories, namely, Padma Vibhushan, Padma Bhushan and Padma Shri. The Awards are given in various disciplines/ fields of activities, viz.- art, social work, public affairs, science and engineering, trade and industry, medicine, literature and education, sports, civil service, etc. ‘Padma Vibhushan’ is awarded for exceptional and distinguished service; ‘Padma Bhushan’ for distinguished service of high order and ‘Padma Shri’ for distinguished service in any field. The awards are announced on the occasion of Republic Day every year.

* These awards are conferred by the President of India at ceremonial functions which are held at Rashtrapati Bhawan usually around March/ April every year. This year the President of India has approved conferment of Padma Awards to 104 persons as per the list below. The list comprises of 9 Padma Vibhushan, 20 Padma Bhushan and 75 Padma Shri Awardees.  17 of the awardees are women and the list also includes 17 persons from the category of foreigners, NRIs, PIOs and 4 Posthumous awardees.